The night of SummerSlam 2018 was home to a moment that many fans (like myself) of Becky Lynch have been waiting for. A heel turn. A chance to see a somewhat new dimension to her character (yes, I know she was a heel in NXT, but it was two-dimensional as she was essentially just part of Sasha’s heel posse ). This time, after watching the first-ever SmackDown Women’s Champion not get her chance to reign again, getting passed over by Charlotte Flair (so WWE can create a championship pedigree for her to match her father’s) and never getting even with winning the title back from quite possibly the best heel in the Women’s division, Alexa Bliss, the time was now. And it…was…WONDERFUL! It must have been, since WWE is scripting this for us to boo her, however all we can do is cheer for her END_OF_DOCUMENT_TOKEN_TO_BE_REPLACED

I know, I know; there was an architecture story this past Monday, meaning there’s a Video Game story later in the week. So, why is there a Pro Wrestling story in the middle, you ask? Well, the usual Pro Wrestling story next week will still happen, but that’s AFTER this year’s Royal Rumble, which I want to talk about BEFORE the event. According to SportsBettingDime, the current favorite to win Men’s Royal Rumble is Shinsuke Nakamura (+250), and I want this too, especially after their classic Wrestle Kingdom match a few years ago and the tease during last year’s Smackdown Money in the Bank Match. But every year there’s a pool asking who’s winning the Men’s Rumble match, so the most intriguing question this year is who’s going to win the FIRST, WOMEN’S Royal Rumble match?

END_OF_DOCUMENT_TOKEN_TO_BE_REPLACED

After the success of the Dusty Rhodes Tag Team Classic, Cruiserweight Classic and the United Kingdom Championship tournaments, the news of WWE’s first all-women’s tournament has grabbed the attention of the pro-wrestling world since its announcement during this year’s WrestleMania weekend. The tournament is confirmed to begin filming this July at Full Sail, and this past Tuesday, WWE COO Triple H not only confirmed the dates, but also revealed the tournament’s new, official name and logo: The Mae Young Classic, using the namesake of the late WWE Hall of Famer Mae Young, who passed away in 2014.

END_OF_DOCUMENT_TOKEN_TO_BE_REPLACED

There are three thing I hate hearing about gamers from people who don’t play video games, because THEY know what they’re talking about, right? Anyway, here they are
1) Video games are made just for little kids.
2) The only people who play video games have no job, no drive, and no lives.
3) Girls don’t know anything/don’t play/are unable to play video game. Yes. I have actually heard that one. MORE than once. END_OF_DOCUMENT_TOKEN_TO_BE_REPLACED 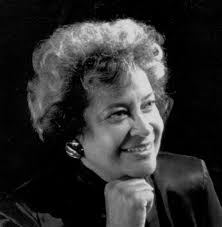 Norma Merrick Sklarek  (April 15, 1928 – February 6, 2012) was the first African-American woman to be licensed as an architect in the United States — the first to be licensed in the state of New York in 1954 and in the state of California in 1962 —  as well as the first woman to be elected Fellow of the American Institute of Architects.  Shlarek accomplished many firsts for black women in architecture, including establishing the first architectural firm to be formed and managed by an African-American woman in 1985, Siegel, Sklarek, Diamond, which was the largest woman-owned and mostly woman-staffed architectural firm in the United States.   END_OF_DOCUMENT_TOKEN_TO_BE_REPLACED