Huh? Whaaa? What happened? What did I miss? Ok, this is one of those things that’s both FOR me and NOT for me. You see, I was a fan of the Sega Dreamcast (despite not owning one; I played on a friend’s console) and of Shenmue when it was released (again, I played it on a friend’s Dreamcast). I even got my hands on the Xbox port of Shenmue II despite not having an Xbox at the time; yeah, I had it pretty bad. based just on that alone, imagine how much I fanboyed when the Shenmue III crowdfunding campaign was announced a couple of years ago. Anyway, SEGA recently announced at FES 2018 that HD ports of Shenmue and Shenmue II are being brought over to the PlayStation 4, Xbox One and PC in North America and Europe, while being exclusive on PlayStation 4 only in Japan. END_OF_DOCUMENT_TOKEN_TO_BE_REPLACED

This Friday, the remaster of the classic/infamous full-motion video game Night Trap will be re-released in a limited physical run on August 11 (thanks to developer Screaming Villains & Limited Run Games), while the digital release on PS4 and PC takes place on August 15. Due to the positive feedback of the re-release, its sequel, Night Trap 2, is currently in the very early stages of development as it aims to go into full-speed after the original game’s other remastered ports are finished and released. Another interesting little tid-bit is that the original game director, James Riley, will be heavily involved in the sequel’s development. END_OF_DOCUMENT_TOKEN_TO_BE_REPLACED 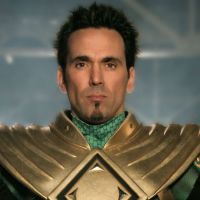