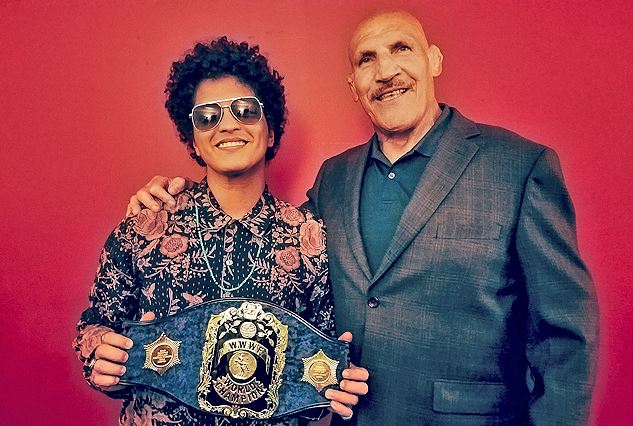 Since his passing earlier this past Wednesday, the tributes keep pouring in for the WWE and New York sports great Bruno Sammartino. The well-wishes, prayers and condolences were coming in from nearly every who’s-who in the world of professional wrestling, including a 10-bell salute before WWE’s most recent show in South Africa. It’s fair to say that Sammartino’s influence extended FAR beyond the world of professional wrestling to the general entertainment world; enter Bruno Mars… END_OF_DOCUMENT_TOKEN_TO_BE_REPLACED

While Eddie Guerrero never main-evented a WrestleMania in his storied career, it is still difficult to argue that his match with Kurt Angle at WrestleMania XX definitely FELT like a main event match for all intents and purposes. Despite being the third-to-the-last match at the show, Guerrero and Angle put on quite the performance with all of the drama and athleticism fitting of ANY WrestleMania’s main event match. To this day, it stands as my SECOND favorite WrestleMania match of all time (with Kurt Angle vs. Shawn Michaels at the following year’s WrestleMania at number one on my list). END_OF_DOCUMENT_TOKEN_TO_BE_REPLACED

It’s time for Episode 129 of WIRed, where Montez McCrary discusses a creative and interesting design for an art studio, Microsoft Sam giving a try at singing music covers, how ‘The Evil Within’ was edited into a two-hour film, and the how the Curtain Call incident broke kayfabe in wrestling! Welcome to WIRed, bringing you the nerdy-geekery on architecture, technology, gaming, and pro wrestling. END_OF_DOCUMENT_TOKEN_TO_BE_REPLACED

The world of professional wrestling is full of — and is often synonymous with — rumors, speculation, misinformation and half-truths. However, which of those description fits with one of pro wrestling’s most notorious incidents, known as “The Curtain Call?” This incident took place when World Wrestling Entertainment (WWE) was known as the World Wrestling Federation (WWF), and were in the beginnings of a talent war with World Championship Wrestling (WCW). The WWF was transitioning out of the “Family Friendly” phase and entering into “The Attitude Era.” and the incident in question involved four of wrestling’s most popular superstars of all time: Shawn Michaels, Triple H, Kevin Nash (i.e., Diesel) and Scott Hall (i.e., Razor Ramon). END_OF_DOCUMENT_TOKEN_TO_BE_REPLACED

On January 11 2013, WWE.com announced that Mick Foley would be inducted into the WWE Hall of Fame on April 6, 2013 in New York City –the night before WrestleMania XXIX — and would be inducted by his long time friend Terry Funk.  During his induction speech, Foley talked about his days in the gym (which he admitted that not a lot of working out took place), how his family learned through his mannerisms when he was thinking about a promo, and his biggest regret in his professional wrestling career: the fact that he never…EVAAAAAAAAAAR…pinned Chris Jericho. END_OF_DOCUMENT_TOKEN_TO_BE_REPLACED