We wrestling fans get excited when our favorite wrestlers return from a hiatus.  When wrestlers like Stone Cold Steve Austin, The Rock, Shawn Michaels, Chris Jericho, Bret “Hitman” Hart, and even more recent stars like John Cena (like at the 2008 Royal Rumble, after surgery) return at WWE live events, we –the fans – hang on each and every word they say and anything and everything they do.  However, not every return to the McMahon Family Business has been successful. That can range from random incidents committed by said returning superstars, the creative team not knowing what to do with the talent, or maybe that wrestler isn’t just the commodity (in-ring & entertaining-wise) as they used to be.  END_OF_DOCUMENT_TOKEN_TO_BE_REPLACED

On July 3rd (over a month ago), the 1989 cult classic film No Holds Barred was released for the first time ever on DVD. The film features Hulk Hogan — in his first starring role — as Rip, the larger-than-life pro wrestling champion who’s been defeating some of the biggest bad guys ever to enter the squared circle. When Rip’s success and popularity catches the attention of  a shady TV executive Tom Brell (Kurt Fuller, Wayne’s World), he finds himself stuck in the middle of a plan to boost the network’s ratings — which were sinking — by scheduling him in a match against a vicious monster-of-a-wrestler named Zeus (Tommy “Tiny” Lister, Friday).  I must admit, this film is corny at times and over-the-top, but it’s still a very enjoyable and entertaining experience.  The film also stars Joan Severence (See No Evil, Hear No Evil), along with Mark Pellegrino (TV’s Lost & Supernatural), and the late-Robert “The Jeep” Swenson.   END_OF_DOCUMENT_TOKEN_TO_BE_REPLACED 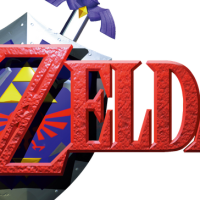