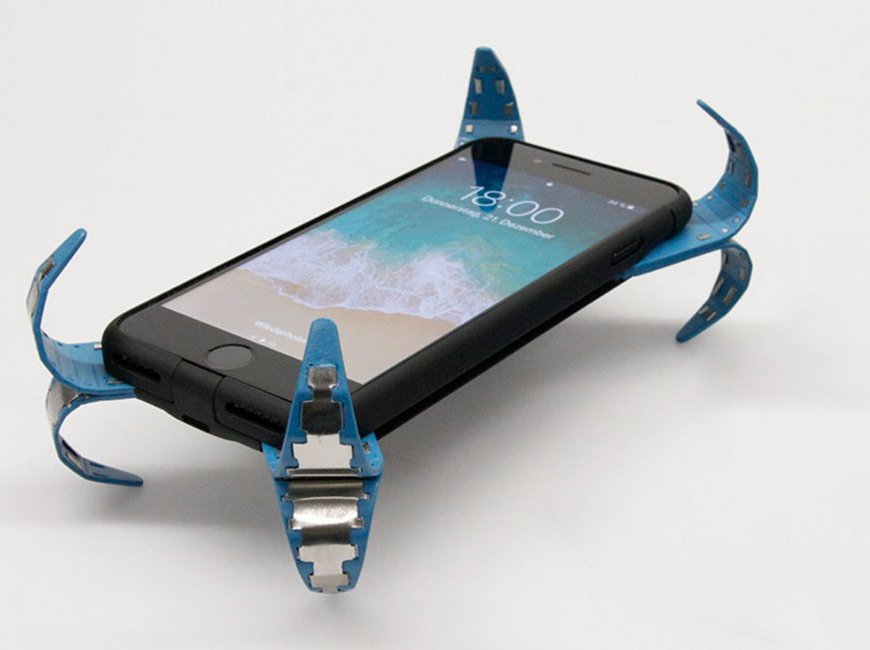 Whenever someone tells me that they’ve never dropped their smartphone, I just react in a similar fashion as if they told me that they don’t think their computer’s hard drive will die. You silly rabbit; it’s going to happen. I WILL happen. Sooner or later, it’s going to happen. This is why you should AT LEAST get a phone case (or even better, a “rugged” one) and a glass protective screen to take the shock damage from the phone after a drop. But after one drop too many, you;ll likely be left with a broken phone and an expensive repair bill (unless you have insurance). While Sony and Amazon (and other similar tech companies) have filed patents for car airbag-inspired phone case systems, an engineering student from Germany’s Aalen University created a phone protector that LITERALLY springs into action just before the handset hits the ground. END_OF_DOCUMENT_TOKEN_TO_BE_REPLACED

Something that’s part of the fun of assembling and/or upgrading your own desktop or laptop PC is the allure of the money you’ll be saving versus outright purchasing a pre-built machine. You can further extend saving MORE money by focusing on buying refurbished parts, but that’s territory where you’ll want to pay more attention and tread more lightly.  This is because while some refurbished PC parts are of good quality and can be bought for less, others parts may not be. Thankfully, for additional insight, Michael Crider of How-To-Geek put together a great guide on the best and least recommended PC parts to buy refurbished, based on the type/component of parts that you’re looking for (i.e., hard drives, power supplies, motherboards, etc.). END_OF_DOCUMENT_TOKEN_TO_BE_REPLACED

I personally own about 20 video game systems and over 500 games in my collection.  Whenever I travel, I typically bring my PSP and my DSlite, but if I’m going somewhere where there’s going to be a television, I’m going to bring along a gaming console, and it’s usually between the PlayStation 3 and the Xbox 360.  Often, this decision takes about a day or so so I can think about what games I’m currently playing on what system, and the system with the most currently played games ends up winning that decision, but I believe that it is safe to say that this gamer may not have similar first-world issues like mine in the near future.   END_OF_DOCUMENT_TOKEN_TO_BE_REPLACED