Tonight's #RAW is in loving memory of Nikolai Volkoff and Brian Christopher. pic.twitter.com/MXFTM7q0q0

This past weekend was a tragic one for fans of professional wrestling. In the span of a couple of day, we’ve lost the legendary Memphis wrestler Frederick “Brickhouse Brown” Seawright, WWE Hall of Famer Josip “Nikolai Volkoff” Peruzović and Attitude Era superstar “Too Sexy”/”Grandmaster Sexay” Brian Christopher Lawler passed away over the weekend.  Brown, one of the top heels in Southern US pro wrestling promotions in the 1980s and 1990s, succumbed to his long battle with cancer. He was only 57 years old. Volkoff, known for his classic Cold War-era heel work as a Soviet Union sympathizer (often with Tag Team Championship partner, The Iron Sheik) and his eventual face-turn to US sympathizer, was only 70 years old. Christopher, who was known for his rise in the WWF’s light-heavyweight division and as 1/2 of Too Cool with “Too Hot”/”Scotty 2 Hotty” Scott Taylor (often in tow with Rikishi), tragically died due to complications after attempting to take his own life while in custody on DUI and evading police charges; he was only 46 years old.

Tonight in #NXTPhoenix we paid tribute to Brian Christopher and Nikolai Volkoff. pic.twitter.com/Cge7RE5nfY

MY BEST FRIEND. MY PARTNER. MY BROTHER. WE GET MORE HEAT THAN ANYONE ON EARTH. I TRUST HIM WITH MY LIFE. HE TAKE CARE OF ME WHEN I WAS DOWN. I MISS YOU FOREVER 💔 pic.twitter.com/pp7ZgQRDnb

I always loved our conversations backstage … Nikolai Volkoff was so special to my dad and the entire Hart family. We will miss you, Nikolai. My thoughts and condolences go out to Nikolai’s family. 🙏 pic.twitter.com/WfMd4FDowb

My uce @therealgrandmastersexay our last dance together…. Brian’s living spirit was always his passion for adventure and love for the wrestling business!! What I will carry with me most is the Grandmasta’s infectious smile and wicked laugh but most of all is his passion to entertain each & every person he ever came in contact with. RIL B #UltimateUceGMS #LoveYou #TooCool #Respect #MyRiddah #RoadPartners – JRF @thesamoandynasty Fam My condolences and respect goes out to King @realjerrylawler his Mother Kay brother Kevin Lawler and entire family . I’m sry for our loss 🙏🏾..

This is from the last time that the three of us were in the ring together. Brian and I were different people outside of the ring. We never traveled together, never roomed together, and never really hung out together. But, EVERY single time that we went through that curtain, we made magic together. Magic that will never be replaced. We were TOO COOL. I will miss ya BC

Very sorry to hear of the passing of Brickhouse Brown – a good friend for 30 years. Brick treated me like I was someone when I was no one, and believed in me at a time when most did not. #RIPBrickhouseBrown pic.twitter.com/nrfF2XyPWd

So saddened today re: the deaths of @WWE HOFER Nikolai Volkoff, #BrickhouseBrown, once targeted to replace #JYD, and #BrianChristopher, the talented son of the great, @JerryLawler#RIPGentlemen #CondolencesToAll 🙏 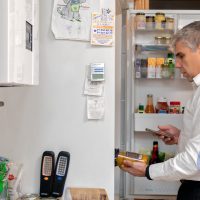 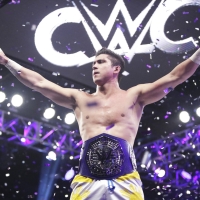 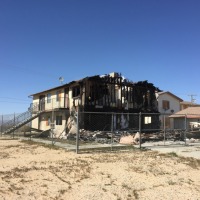