Design collective I STIFFEN THEE (yes, that IS their name) designed the Kerplunk House to bridge the gap between built space and existing space but having architecture play the role of nature, rather than merely resembling it. Part of this 224 square foot building’s focus on playing off of nature is the fact that the pattern of organization is not readily apparent. The house was built as a multipurpose living and working space that would also act as the initial structure for a desert propagation center, as a mini-forest of desert flora was planted and transplanted over time in its surrounding area.

The Kerplunk House is composed of two enclosed cuboid spaces suspended in the air via a series of (seemingly and random) vertical and angular posts that shoot through the spaces in every direction, with the doors and windows cut out around and in-between the posts. The house is elevated to minimally impact the site and the exterior use of stucco and exposed structural wood is a tribute to traditional colonial Spanish design vernacular. The angular method of the vertical and horizontal wooden posts (i.e., the columns and beams) reinterprets their common architectural language into typologies found in nature, like tree stumps and trunks. Plus, the result is a integrated interior-to-exterior relationship (similar to that of a treehouse) that has the exterior wood support showcased indoors.

It appears that despite this house being called “Kerplunk”, it likely won’t go kerplunk; no worries about getting sunk… 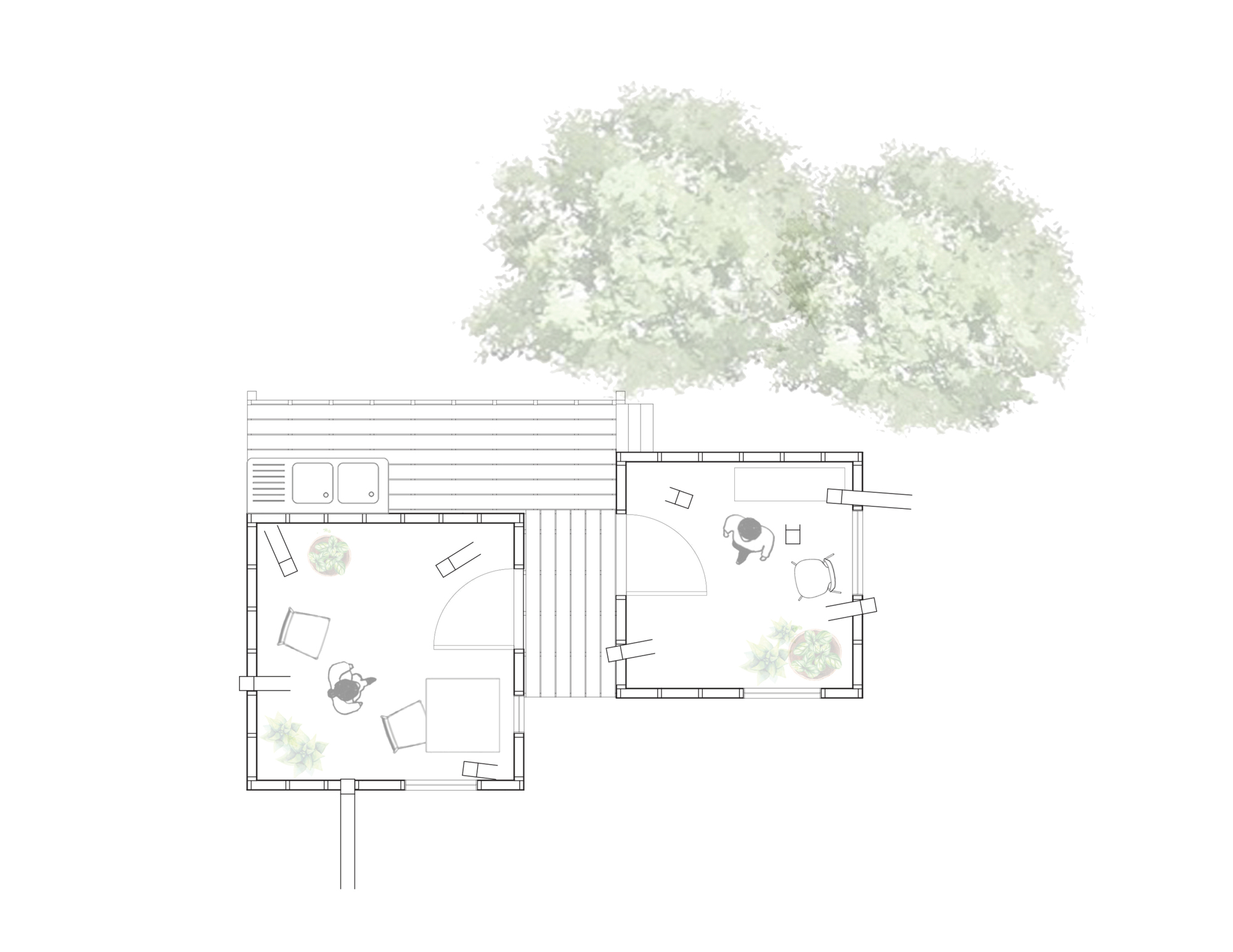