WWE has both flirted with and fully reused the names of former WCW event in the past, and it appears to be happening again. After using Night of Champions (the final WCW Nitro broadcast and the new name of the Vengeance pay-per-view), Clash of Champions (a take on the Clash of the Champions events), Starrcade (as a non-televised house show) and War Games (as an NXT Takeover-branded event), WWE may bring back The Great American Bash. This is according to a report from PWInsider, announcing that Stamford, CT-based company filed a trademark for The Great American Bash last week.

If you recall, back in 2004 (almost 5 years after the final WCW-branded version of the show), WWE brought back the iconic Great American Bash event. In 2009, the show’s title was truncated to simply The Bash and the name disappeared as a pay-per-view event, only to return as a branded event in the place of an episode of SmackDown in 2012.  It’s likely that this will return as a main roster pay-per-view event as opposed to a NXT event; when War Games came back, it meant the return of the War Games match itself. However it’s also possible that The Great American Bash could be a branded non-televised house show (like Starrcade) or even a touring series of house shows, similar to the NWA iteration of the show. Since last year’s Starrcade house show was successful (just read UPROXX’s Brandon Stroud’s passionate review of the show — including his initial disappointment of the name’s use for a house show), the latter theory is likely more possible. 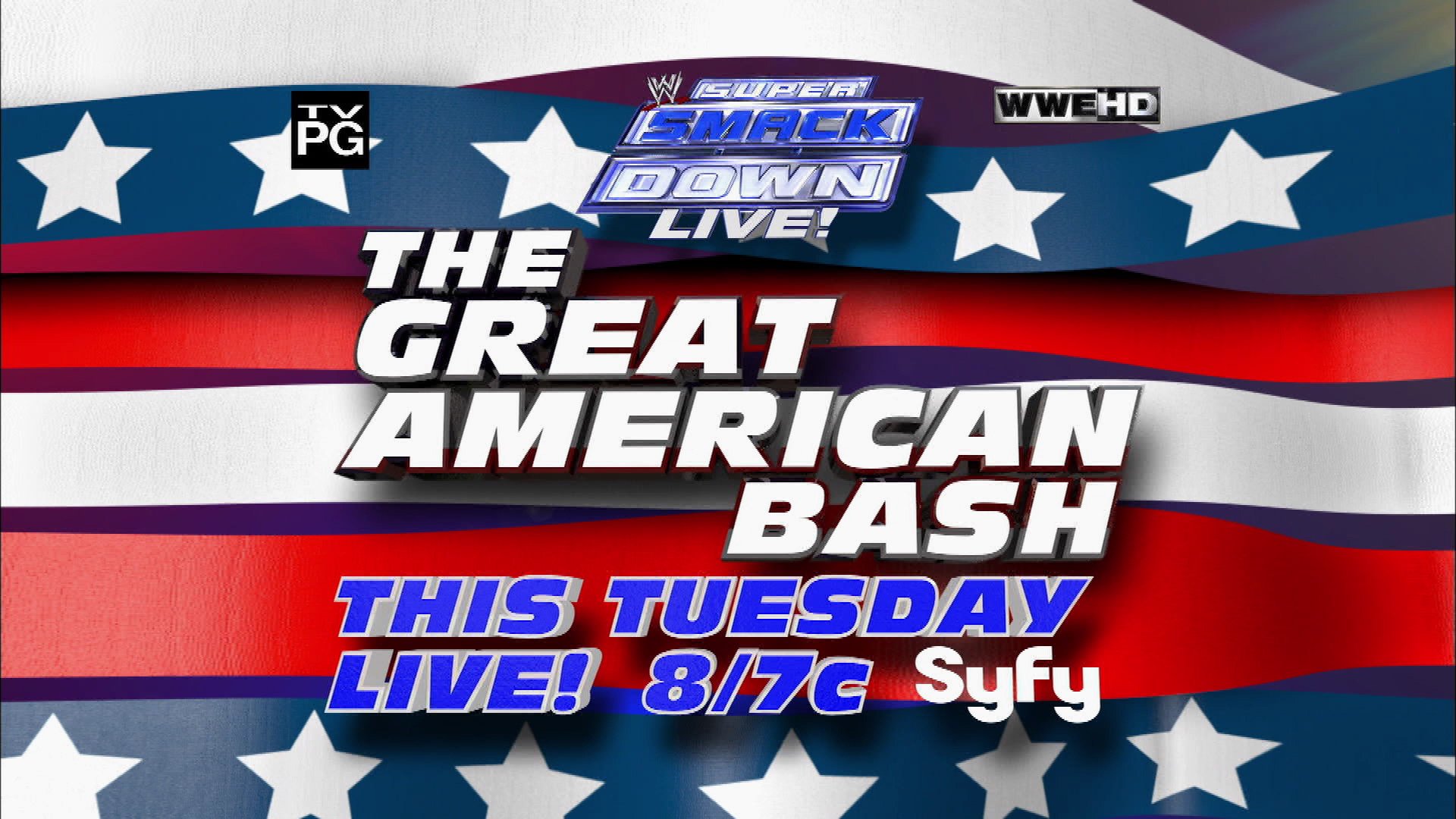