Now that I have that quote out of the way, starting TODAY (December 14th) and running through the beginning of January, the Predator, Hollywood’s most-popular alien hunter from John McTiernan’s 1987 sci-fi film (ya’ know, Predator), will be part of a special FREE downloadable content challenge in Ghost Recon: Wildlands where players — either alone or as a groups of up to four — have to fight to survive the hunter’s aggressive onslaught in order to take him down. Should you and/or your team defeat the Predator, you’ll receive his iconic mask (dreadlocks included) and corresponding heat vision. SCORE!

“The mission is built to recreate some of the tension felt by Dutch and his crew in the original Predator movie. You first discover hints about the Predator’s presence before actually getting to meet and fight him. Getting that feeling of being swallowed by the surrounding jungle was something we really wanted to convey. And of course, the music takes a big part in creating the tension.”

In addition, the Predator event also introduces a new soldier class based on Arnold Schwarzenegger’s character from the film, Dutch. The elite mercenary and guerrilla combat specialist from the movie is also known for giving us the classic lines of “If it bleeds we can kill it,” “The bridge is out!” and, the internet’s personal favorite, “Get to the chopper!” 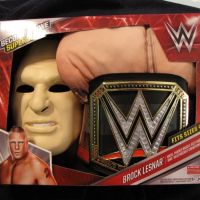