The new, slim, transparent Tribunal de Paris, located in the north-central part of the Paris located in the country of France (rather than the Paris in the state of Texas in the United States)  will round-up the varied facilities currently dispersed around the capital like Voltron to become Europe’s largest law courts complex. The 525-foot-high by 115-foot-wide tower building is composed of four stacked superimposed volumes of decreasing size — similar to that of a staircase — that are carefully planned and designed for the best and efficient ease of use. The tiered level system (with each tier containing about ten stories) also allows large roof terraces that will be landscaped and planted with some 500 trees. This would soften the building’s sharp glass motif to create more comfortable spaces for solitary and group activities.

Some of the city of Paris’ services that will be housed in this new law court building in Clichy–Batignolles, a public–private partnership, will include the regional court, the police court, the public prosecution courts and the district courts attached to each of the city’s sectors (or arrondissements). The goal of this project is to alleviate the increasingly cramped accommodation of several different services around central Paris.  This location was selected due to it being in an intersection between the different administrative areas of Paris and its suburbs, and easy access to public transport (including the highly successful new tramway). 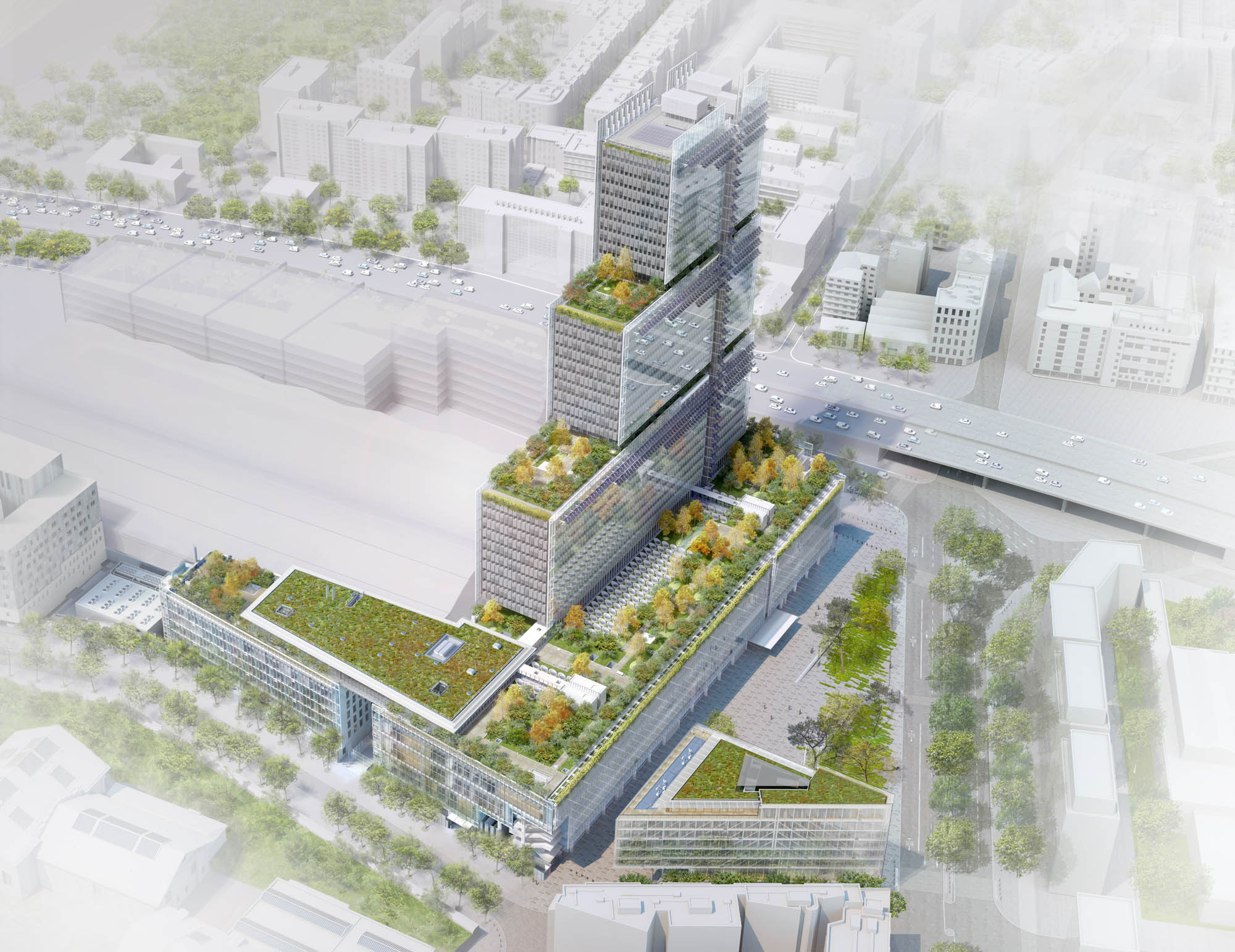 While providing high levels of natural light and views of the local environment, along both of the long sides of the tower, the double-skin facade is interrupted by a vertical stripe housing the panoramic lifts (akin to that of a dorsel fin), which allows for great and vast views of Paris. The building’s utilizes several environmental solutions, from thermal inertia, natural ventilation, photovoltaic/solar panels on the facade to rainwater collection, aiming to create a standard for green energy consumption in a very tall building. 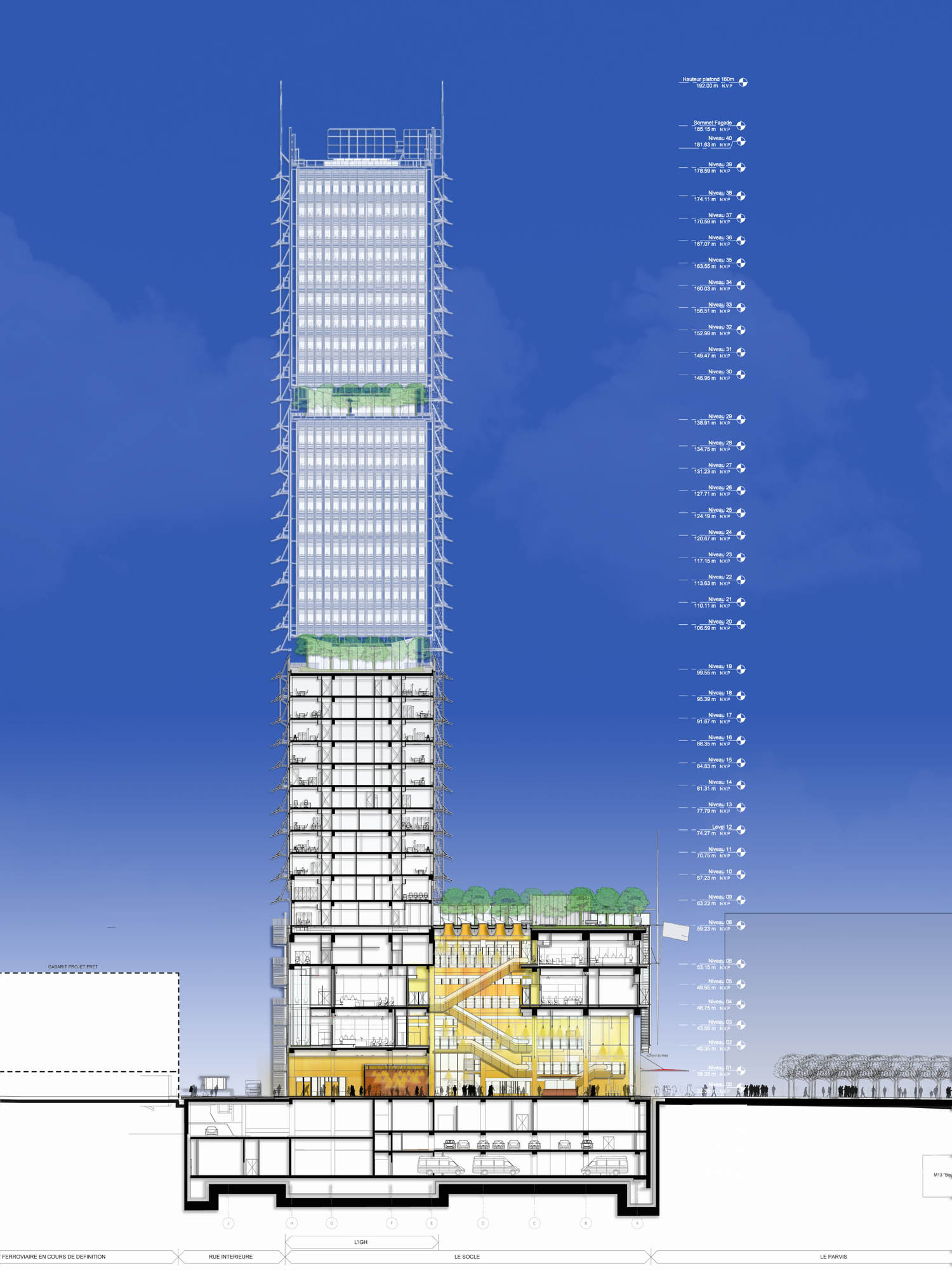