With all of the hilarious, MRA-leaning, man-babies crying over the casting of Jodie Whittaker as the soon-to-be 13th Doctor on the BBC’s Doctor Who, I asked myself “self, what would be a great way to use this to write a wrestling story.” The answer was simple: I’ll write about one of the best women’s wrestling matches in the last year! With SummerSlam taking place next month, I want to focus on one of the best matches from last year’s show: Sasha Banks defending the WWE Women’s Championship against Charlotte Flair. As soon as the match began, Banks (the face, or hero) clamped on her Bank Statement finishing submission move on Flair (the heel, or villain) as soon as the match started, immediate giving Banks some babyface shine (as the crowd cheers) having the crowd think that the strain on Flair’s arm, neck and back would play a role in Banks possibly maintaining the title. Their intense battle took a bit of a scary turn — still in the early part of the match — as Flair awkwardly dropped Banks along the top rope in a move that look pretty dangerous. Over the course of the match, Charlotte methodically beat down Sasha to take advantage afterward, thus drawing out the heel heat (as the crowd boos) as she’s willing to do anything to regain the Women’s Championship. Soon, the match transitions into the face staging a comeback, as Banks battled back, delivering knees and clubbed fists, forearms and elbows to Flair. However, the initial face comeback only lasts for so long, as Sasha’s injured back prevented her from defeating Charlotte, allowing Flair to pull out all the stops to get her heat back. NOTE: there was also a great moment when Banks countered Flair’s attempt of a Razor’s Edge from the second rope into a hurricanrana. GREAT STUFF! After more back-and-forth, Sasha transitioned into her big comeback by trapping Charlotte in the Bank Statement submission move again, but Charlotte rolled over and scored a surprising three-count OUTTA NOWHERE to end the match and regain the WWE Women’s Championship. 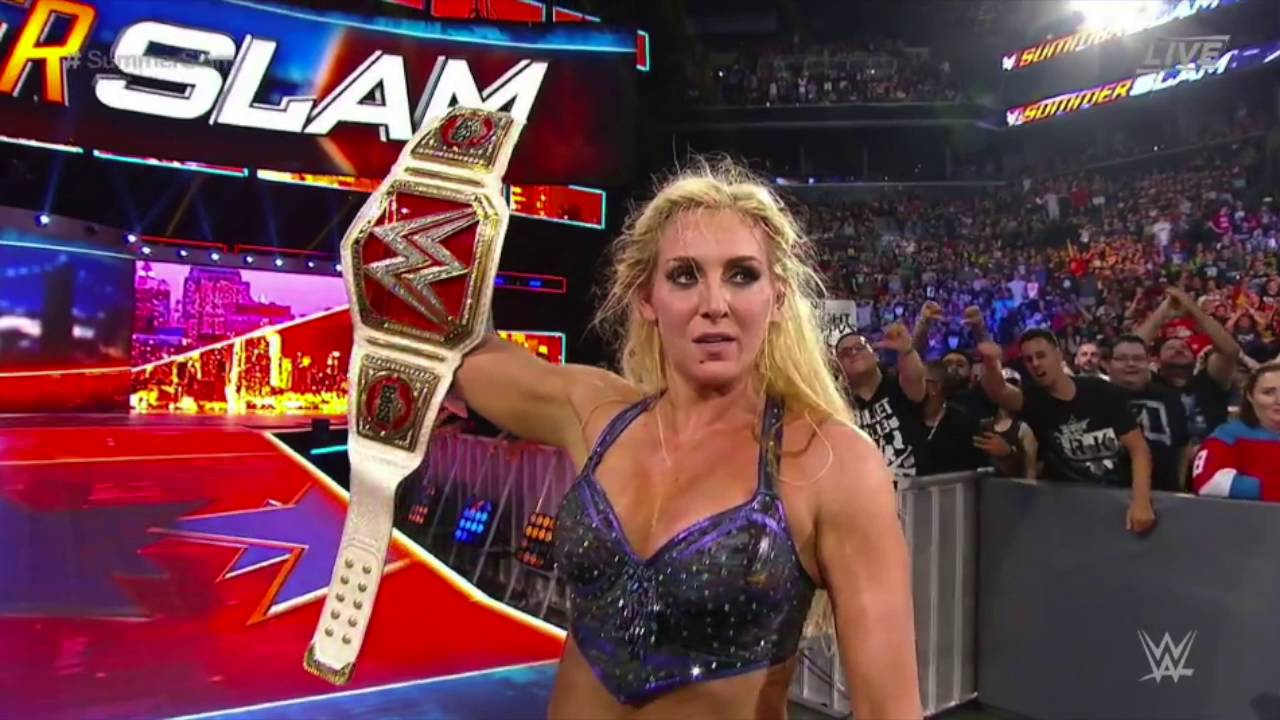 Throughout the entirety of 2016, Sasha Banks and Charlotte Flair created a series of great, entertaining and unforgettable matches, from this clash at SummerSlam, their RAW main event match for the Women’s title, to the first Women’s Hell in a Cell match (which was the main event match at the Hell in a Cell pay-per-view) that October for the same title. Each encounter showed both women’s bid to outdo each other in their chase to be the champion and outdo their physical and creative efforts in their previous matches. All I have to say is thank God women’s wrestling is where it is NOW, and isn’t what it used to be (hint: it’s #2 on this link’s list…).