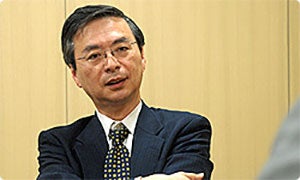 Genyo Takeda, known for working on some of Nintendo’s most iconic games, consoles, and tech, will be stepping down from the company this June. Takeda, 68, was hired in 1971 by future Game Boy creator Gunpei Yokoi, and got started by creating the gun game that nearly sunk Nintendo (not by his doing, but due to the oil crisis of the late-1970s). However, he would go on to produce and direct classic games (like Punch-Out!!, Pilotwings 64, and Dr. Mario 64) and technology (like tapping the NES cart’s RAM to back up save data, the N64 controller’s analog stick and headed up the Wii’s development) as he had long been part of Nintendo’s technology brain trust.

After Satoru Iwata passed away in 2015, Takeda and Shigeru Miyamoto were named acting Nintendo Representative Directors. While there was speculation that one of them would be the next Nintendo president, after Tatsumi Kimishima was named to that position, Takeda became the company’s Technology Fellow. According to the statement released by Nintendo, Takeda is retiring next month and will be replaced by Ko Shiota —  who is the head of the Platform Technology Development Division — as a Nintendo Representative Director.