After a period of successful crowdfunding campaigns starting in 2014, PLX Devices was able to release its innovative adaptive digital focus Luxor flashlight to market. The original Luxor from 2014 had a digital focusing system, adjusting the width of the light beam without lenses or moving parts. Its 2015 follow-up, The Luxor 2, added an automatic adjustment feature that changes the width of the beam based on its surroundings, where its pointed, and its positioned. Now, the company announced the Luxor Mini, and PDL Devices promises that it’ll be the best device they’ve offered to date. 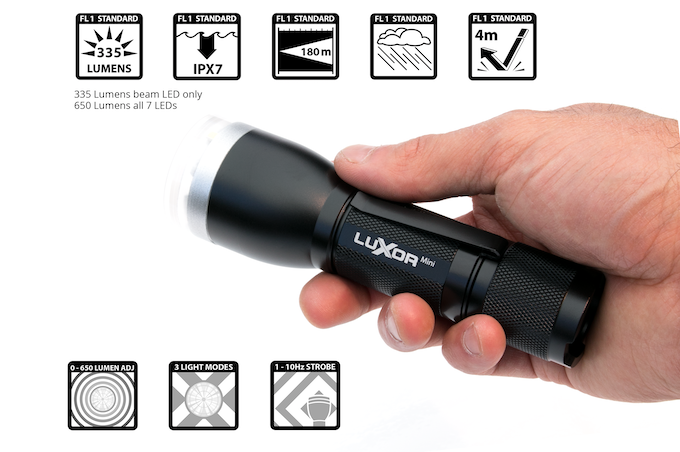 The Luxor Mini takes the best of the Luxor 2 and shrinks them down into a fun-sized package, and is powered by either three AAA batteries or one rechargeable Lithium 18650 battery. It measures at 5 inches long and 1.5 inches in diameter at its widest point, and is machined with aluminum to a waterproof rating of IPX-7 and dust rating of IPX-6. That means that even if you can drop it in 1-meter of water for 30 minutes, nothing bad will happen to it.  Plus, the whole unit can be disassembled just by twisting, so no tools are needed for replacements, repairs, or changing batteries. It has both a manual focus mode and the headlining adaptive-auto focus feature that adjusts the light beam from 12 degrees to 270 degrees, and a 7 CREE premium XTE and MLC LEDs onboard that allows the light to be capable of producing up to 650 lumens. 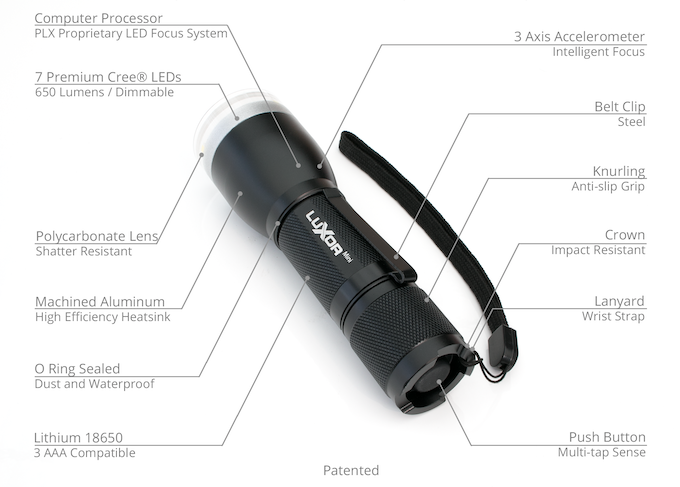 Luxor is selling the Luxor Mini on Kickstarter with a starting price of $59 per flashlight, which will be $30 less than the device’s suggested retail price of $99.