The Raspberry Pi Zero is a great, tinier, $5 version of the Raspberry Pi that shrinks down the star of the original board to something resembling the size of a stick of gum. It was recently announced that the upcoming and updated Raspberry Pi Zero W, while including the same CPU and RAM as the original Pi Zero (even the Pi 1), NOW includes built-in Bluetooth and 802.11n Wi-Fi LAN — similar to the Pi 3 — for only $10! 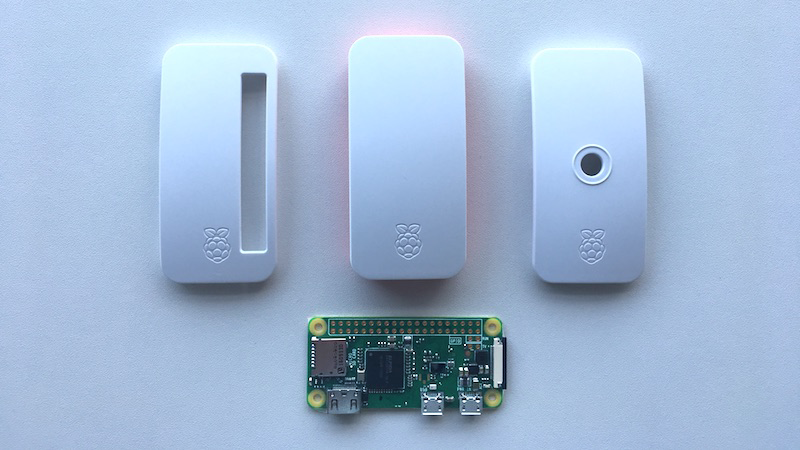 …and now let’s compare the specs on all the available models, including the Raspberry Pi 3, Pi 2 Model B, Pi 1 model B+, Pi 1 Model A+, and the Zero:

The Raspberry Pi Foundation will also be releasing an official case for the Zero and Zero W that appears to be half the size of the full-sized case, comes with three different interchangeable lids that allow easier access to the camera or the GPIO. You can head over to Adafruit and element14 in the US, and The Pi Hut, Pimoronia, and the Raspberry Pi Swag Store in Europe to find out how you can order one. Let’s hope there’s more supply to meet the demand this time around…