Aside from the frequent looks into the life of architect Ted Moseby from the TV series “How I Met Your Mother,” the architecture field hasn’t quite been a target for satire in the entertainment space. That brings me to “The Architect“, a new film directed by Jonathan Parker that brings forth the drama and comedy of the profession. The film features a humorous — yet somewhat believable in some cases — satire of architects, with character of the egocentric, self-centered and grandiose architect Miles Moss, portrayed by James Frain, who is working with a couple who wants him to design their dream home. Well golly-gee-whiz; what could POSSIBLY go wrong?!?

Eric McCormack and Parker Posey play Colin and Drew (respectively), who hire Moss for the job, however throughout the course of the movie, he continuously exhausts their patience and their bank accounts. A nice bonus is that Moss makes a reference to a famous quote from Frank Gehry, in which he says “I don’t know why people hire architects, and then tell them what to do.” As you may know, any reference to the Canadian architect gets points here at The PractitioNERD. But Moss also showcases some of his more human side, such as when he says “As an architect, I have the job of transforming hopes and dreams into wood, glass, steel, and concrete.” 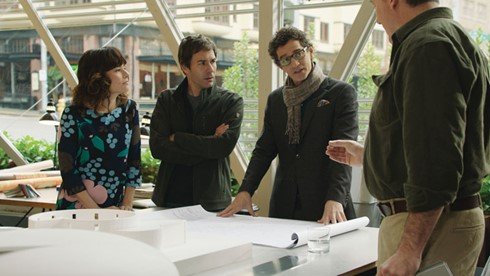