Howdy Mr. and/or Ms. Minimalist! Are you short on space, but you still want a cool, trendy designer kitchen? If so, I think that you should keep Dsignedby‘s award-winning Kitch’T all-in-one wooden kitchen in mind AND on your radar. The Serbian brand Dsignedby had their kitchen island on display at the Belgrade Furniture Fair roughly a week ago and was featured by Dezeen. 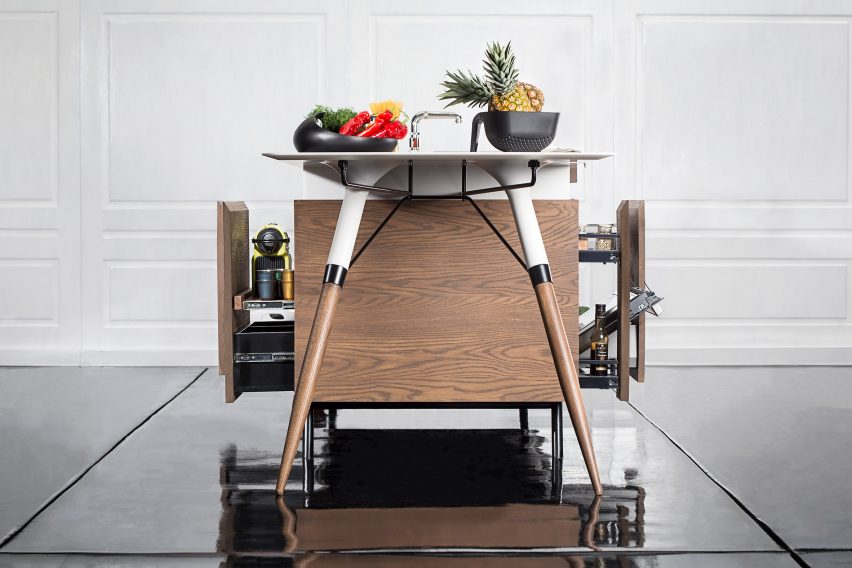 The Kitch’T unit saves space by combining both the cooking and entertaining functions of a kitchen, and is designed to be easily moved and transported. That way, if you want to move it away from the wall, place it another room, or transport it to a new apartment, then the Kitch’T is proabaly for you. The movable kitchen unit is designed to slide right under Dsignedby’s ‘Table T’ (which is metal-framed with a Corian countertop) and has no handles on the solid oak cabinet doors, as they open with a push. Every appliance, like the mini-bar sized fridge, are housed behind those same doors. The outlets for the unit are located on the left and right ends so it can be connected to water and electrical power, and there’s even a phone charger, extra electrical sockets and USB ports built into the surface — you know, for that blender or Foreman grill or for your tablet so you can follow those online recipies. Plus, since the Kitch’T is promoting its unit to serve as a social gathering spot, the cooking unit and industrial-style water faucet are on one side, allowing the remaining space around and on top for people to sit and converse. 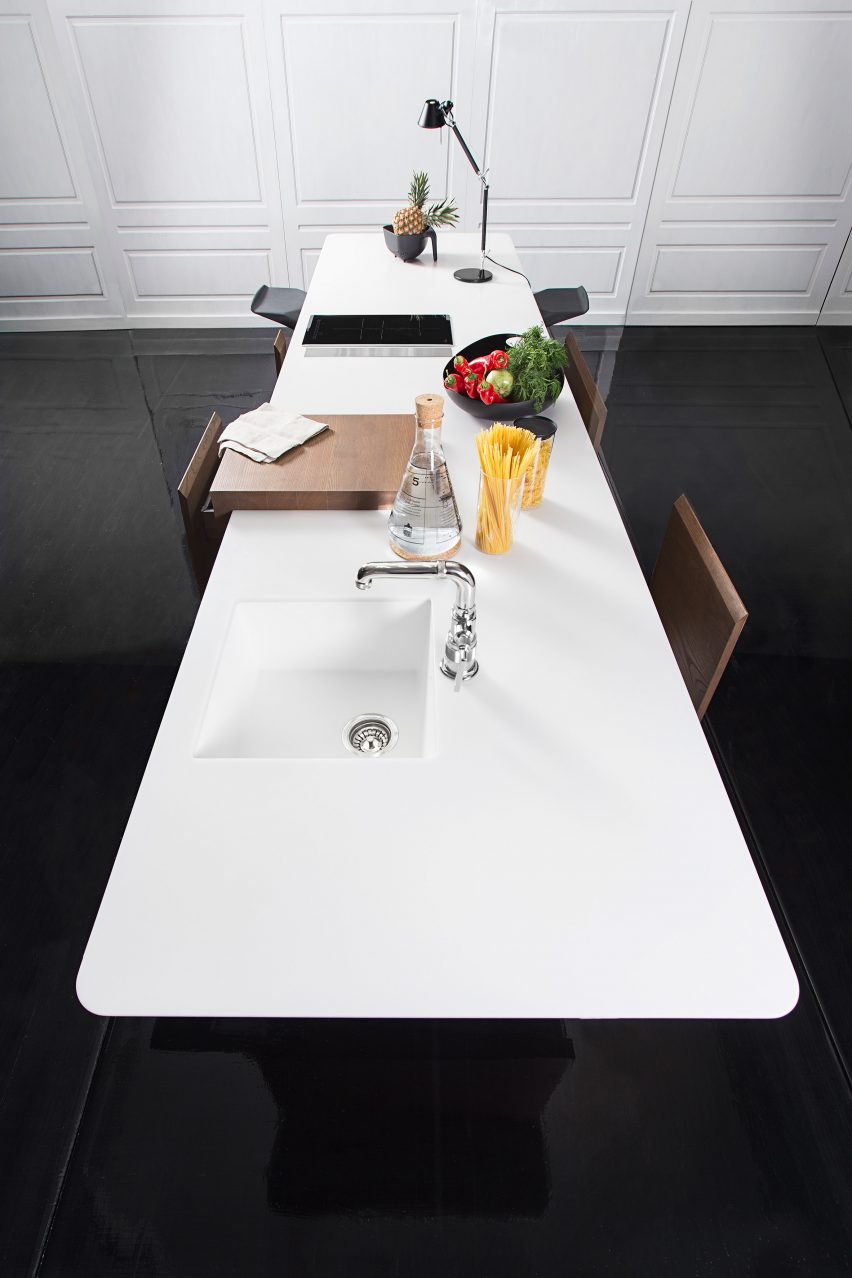 “An all-in-one piece, the Kitch’T is easy to move from apartment to apartment, and is easily adaptable according to your needs. As everything is fitted beneath the worktop, it eliminates the need for upper cabinet space. As young people are often short on space in their homes, we wanted to design something that would provide them with an area that is not only functional, but also where they can gather with their friends.” 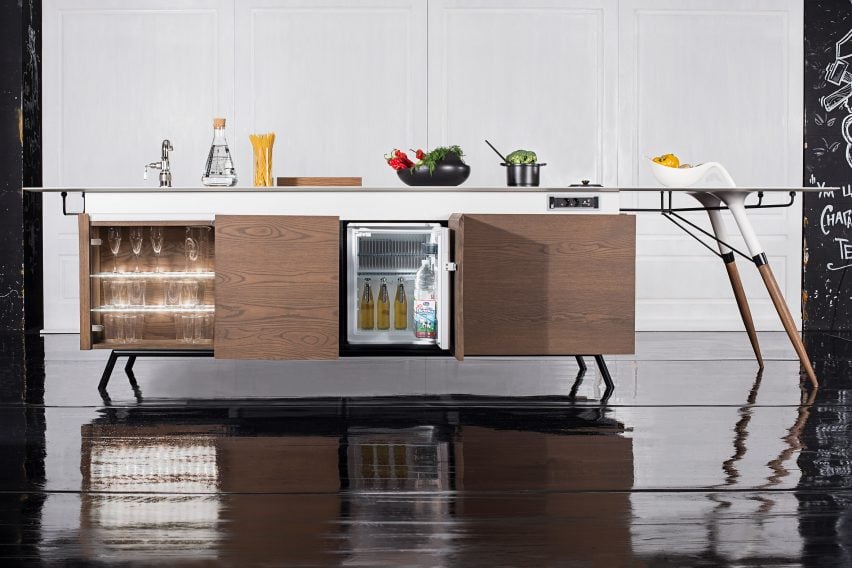