Formerly referred to as the Nintendo NX, this morning Nintendo revealed a trailer for their upcoming new home console, the Nintendo Switch. According to the press release,

“Today’s video incorporated short glimpses of representative gameplay to demonstrate the liberating nature of the Nintendo Switch home gaming system. Full game demonstrations, the list of launch window titles, as well as launch date, price, product configuration and related specifics, will be shown and announced prior to the March launch.”

According to the video above, the Switch operates as a handheld/console hybrid system with detachable controllers. The system is designed to be played both at home and on-the-go. During the reveal trailer, we can see the Switch hooked up to a base station, and you can see more screenshots from the reveal trailer below.

Also, according to Nintendo:

At home, Nintendo Switch rests in the Nintendo Switch Dock that connects the system to the TV and lets you play with family and friends in the comfort of your living room. By simply lifting Nintendo Switch from the dock, the system will instantly transition to portable mode, and the same great gaming experience that was being enjoyed at home now travels with you. The portability of Nintendo Switch is enhanced by its bright high-definition display. It brings the full home gaming system experience with you to the park, on an airplane, in a car, or to a friend’s apartment. 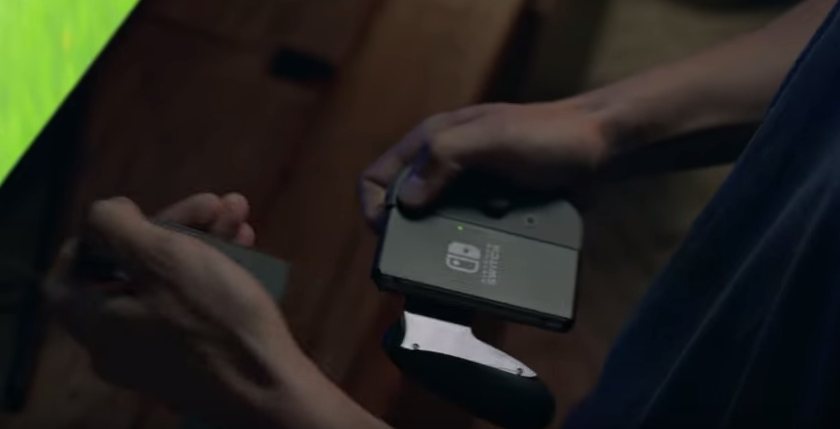 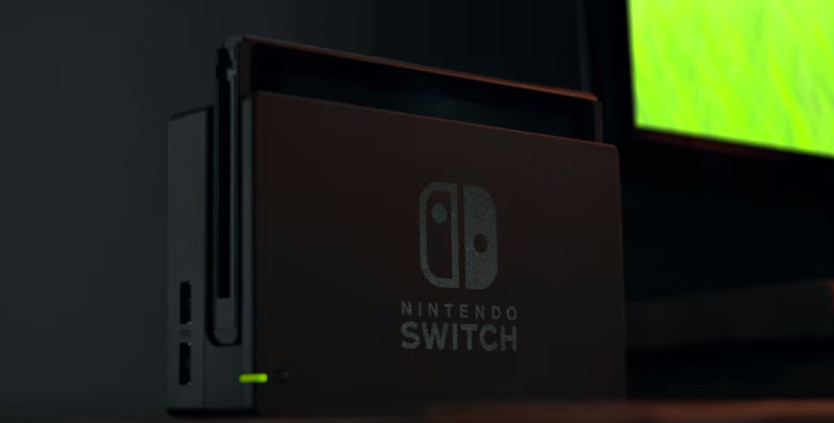