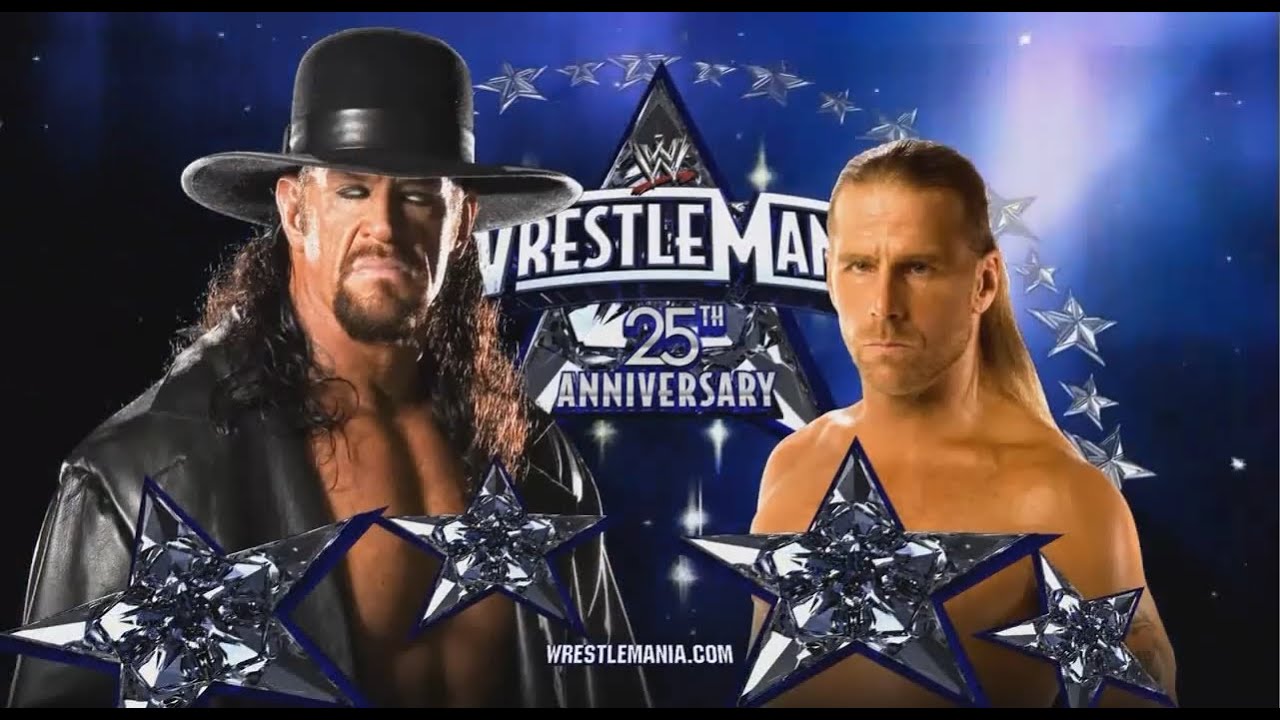 As the Undertaker prepares to take to the grandest stage in sports entertainment once more on April 3, a date with Shane McMahon inside Hell in a Cell awaiting him (because…well….REASONS), I want to relive one of the greatest matches that helped defined The American Bada**’s Career, when he went head-to-head against Shawn Michaels at WrestleMania XXV in Houston, Texas, possibly the greatest match in the Undertaker’s 25-year run in World Wrestling Entertainment.

Actually, it’s probably the greatest match in WrestleMania history, as on April 5, 2009 in Houston’s Reliant Stadium, the Undertaker battled Shawn Michaels in a match of legendary proportions. For over 30 minutes, the two icons took the live & pay-per-view audiences on a roller-coaster ride of emotions, with their actions, facial expressions and body language, along with dramatic near-falls and signature maneuvers that kept manipulating our expectations in guessing who would leave the granddaddy-of-then-all victorious.

Angry, frustrated, wills broken, both icons told a story all the while putting their bodies through pain and anguish. In the end, the Undertaker caught Michaels coming off the top rope to attempt a moonsault and turned it into a Tombstone Piledriver for the win. This five-star classic was just further proof that both Undertaker and Michaels were undeniably the best in their field. Plus, it gave The Phenom that long-awaited match that would define his career as more than just an unforgettable persona, and to be fair, their rematch a year later at WrestleMania XXVI wasn’t half-bad either. Long live the Deadman!