The vast history of technology is full with the plastic-framed corpses of then-brilliantly innovative devices that couldn’t catch on and then failed in the marketplace. In some cases, these devices were probably ahead of their time; some were crushed by competitors, worthy and unworthy (hello Zune); with some of them, maybe we were all just too stupid to buy them (hello Dreamcast). Out of all on them, in terms of computers, the one that hurts the most (should have been successful, but wasn’t), is Steve Job’s successor to the Macintosh, the NeXT Computer.

I have many picks of tech devices that would fit here (trust me, I’ve written about this before), but the NeXT computer is something else. Its operating system was full of delightful BSD, it had an excellent form factor with a gorgeous matte black finish, and it was possible the most ridiculously powerful desktop computers of its time. The problem was that nobody bought it, however its constituent parts — mostly NeXT’s software — were eventually used to build some of the first web servers. Sometimes I like to think that in some far-away parallel universe that people are enjoying an entirely different set of machines that evolved from the first NeXT computer instead of the iMac (as well as talking about the next Zune device and the how much they enjoy their Dreamcast 3…). 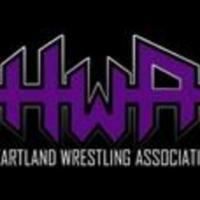