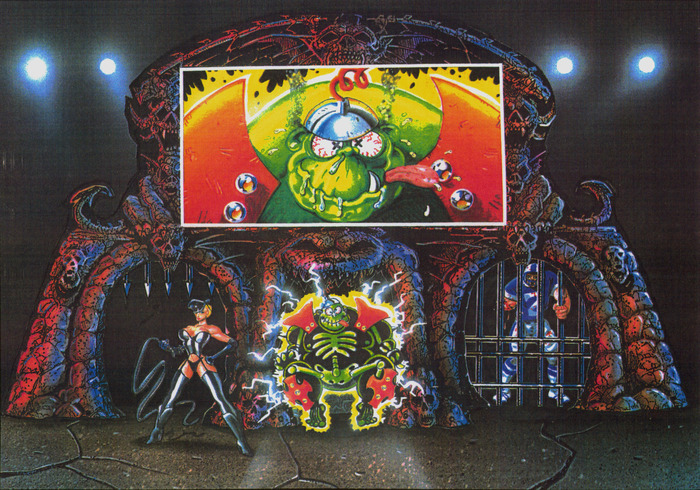 Almost a year ago, the announcement of the resurrection of the Sega Genesis classic, Mutant League Football (now titled ‘Mutant Football League‘) ended up not becoming a thing. SAD FACE. However, there exists new footage showing the game running in pre-alpha state, and despite a series of setbacks on Kickstarter, developer Digital Dreams hopes to release Mutant Football League in quarter 4 of THIS YEAR…. if it can get $750,000 in Kickstarter funding. The edition of the nostalgic franchise will reignite the 16-bit-era classic series that combined over-the-top mutant violence with football, almost like NFL Blitz, but WITH MUTANTS!

The Kickstarter campaign is being headed by Michael Mendheim, the creator and lead designer on the original game.

“Mutant League also spawned a syndicated television series, a comic, a toy line and a sequel called, Mutant League Hockey. Then the game was suddenly cancelled and Mutant League was no more. The [new] game features will include the use of brutal enforcer players, field obstacles, hazards, player weapons and dirty trick plays (where throwing a bomb is literally throwing a bomb).” 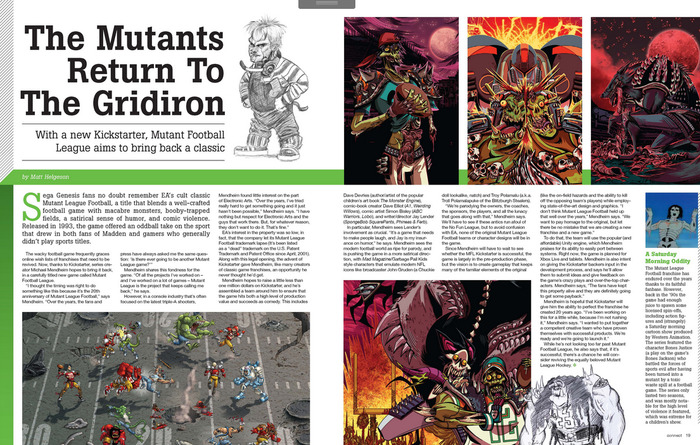 Mutant Football League will make a return to Kickstarter in late spring following an unsuccessful crowdfunding campaign to put the game on mobile platforms (as suggested to him by other developers and industry vets; ugh…) last year, which ended in October without reaching its $750,000 goal, only raising $141,821 in crowdfunding. After licking their wounds, the upcoming crowdfunding campaign’s monetary goal is to be significantly lowered, and the developer will continue Mutant Football League development on PC for the time being, with other platforms to eventually follow should stretch goals be met.