With Venezuelan President Nicolás Maduro in attendance, Frank Gehry presented the model for the future National Center for Social Action Through Music building in Lara state. The project is Gehry’s second in Latin America, following the recently inaugurated Biomuseo in Panamá. 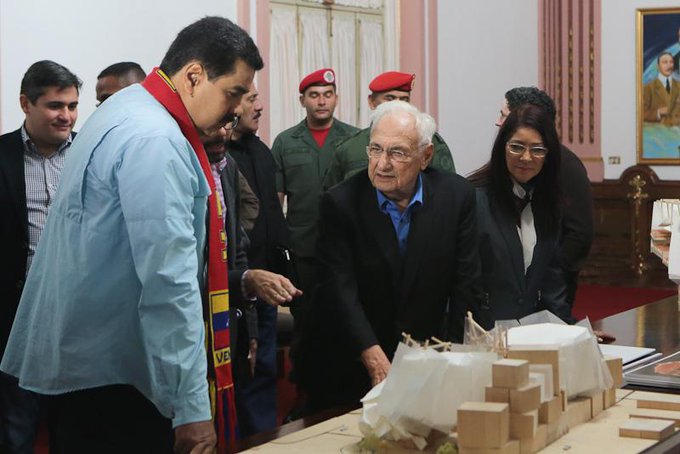 To be located in Barquisimeto, Venezuela’s fourth most populated city, the National Center for Social Action Through Music forms part of the National Network of Youth and Children’s Orchestras and Choirs of Venezuela, more commonly known as “El Sistema.” Founded in 1975 by orchestra director José Antonio Abreu, El Sistema is now funded by the government and provides musical training and education for children from impoverished backgrounds. The Adjkm-designed Simon Bolivar Complex for Social Action is also part of El Sistema. 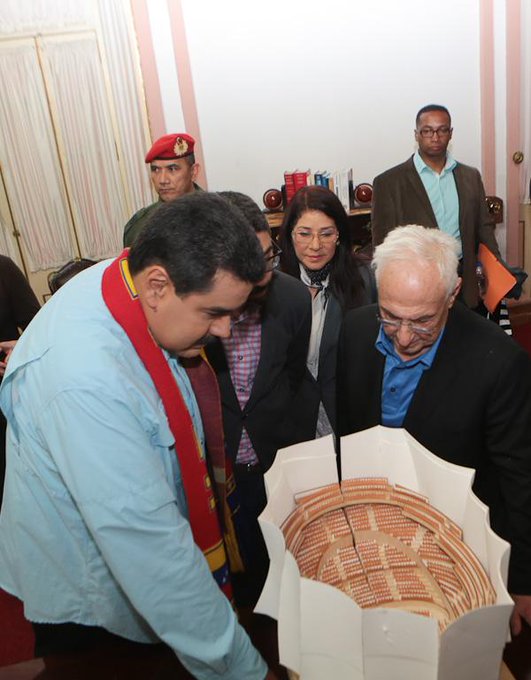 In 2012, Gehry was invited to head the design project by Gustavo Dudamel, the current Music Director of both the Simón Bolívar Symphony Orchestra of Venezuela and the Los Angeles Philharmonic.

The National Center for Social Action Through Music will have two concert halls with the capacity for 3,700 seats, and construction is set to begin in 2016. Nicolás Maduro has said that the Venezuelan government “will inject the necessary resources for the project,” reported Spanish newspaper El País.