Let’s take a trip down WWF Memory Lane to the year of our Lord, nineteen-hundred-eighty-eight (1987) and reflect. Hulk Hogan defeated Andre the Giant at WrestleMania III in Pontiac, Michigan to retain the WWF Championship in front of nearly 100,000 people, ending Andre’s 15+ year winning streak.  Eight months later (on super-duper fast forward), Andre’s team defeated Hogan’s team at the first annual WWF Survivor Series on Thanksgiving Night, when Andre was the last man standing, a.k.a., the “sole survivor.”  Now, we fast forward (not-quite super-duper, but still), to early 1988 on Saturday Night’s Main Event, where Andre the Giant took on Hulk Hogan for another shot at the WWF Championship.  The result of the match was very different from their WrestleMania match earlier in the prior year, but a couple of other things came up after that match as well. Two things. More than one, less than three. I think you know were I’m going with this…

This match was billed heavily and was supposed to be the most anticipated rematch of ALL TIME between Andre The Giant and Hulk Hogan. However, what we ended up with was quite possibly one of the craziest, zaniest and screwiest endings of all time (sans that thingy in Montreal). Referee David Hebner made the three-count (even though the above video sorta-kinda shows a four-count, for some reason) even though Hogan’s shoulders were OBVIOUSLY off of the canvas. The three count was awarded in Andre’s favor, along with the WWF Championship, which he would THEN award to the Million Dollar Man Ted DiBiase as a sort of back-handed deal! At the moment, NO-ONE knew what was going on, until is was revealed that DiBiase spent his millions to “get a guy to get plastic surgery to look like David Hebner” — good God, I LOVE kayfabe — and be a crooked ref for the match. In reality, David and Earl Hebner are twin brothers who both became WWF referees/officials.

The incident led tho then-WWF President Jack Tunney to vacate the WWF Championship, which was put on the line in a one-night tournament at WrestleMania IV in March of 1988 to crown an undisputed champion. 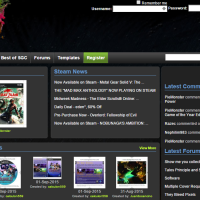