While finding retro-style game projects on Kickstarter is pretty common, this one is pretty different: it’s a game cartridge that plays the 8-bit version of the game when plugged into the original Nintendo Entertainment System (NES), and plays the updated/modern version OF THE SAME GAME when plugged into a computer via USB (PC & Mac). PLUS, the two versions of the game interact with each other; as an ability or weapon unlocked in one version becomes available to the other. Of course, the Kickstarter has to be SUCCESSFUL, first.

Joe Granato IV, project lead at Mystic Searches stated that the concept came from a design document he drew up when he was seven-years-old back in the 1980s.  Now, this crowdfunding campaign is a little more ambitious, because instead of just releasing the game, Granato wants to use his filmmaking skills to chronicle the campaign and development process as well. He was able to bring in some high-profile names in the homebrew and retro-gaming community to appear in it, including Shovel Knight developer Yacht Club Games. As of this post, Mystic Searches is just under a third of the way toward its funding goal with 18 days left. If you donate $10, you’ll get a digital copy of the game, but for a hefty $10,000, the team will bring your game idea to life. 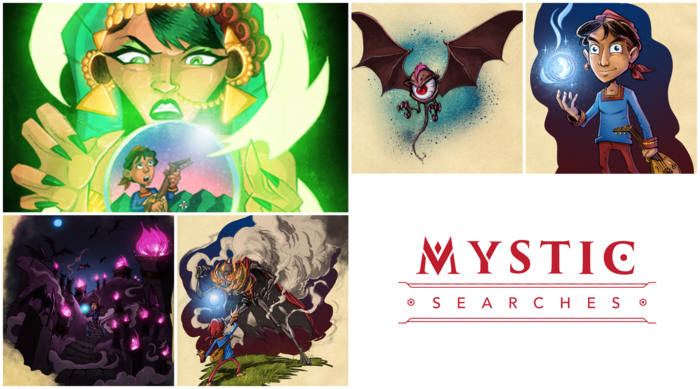 Excuse me while I go spelunking in my couch cushions….