OK; I do love playing video games, but I see no real purpose of playing a video game of me playing a video game. It’s just that the redunancy is not appreiciated by me.  However, this virtual Game Boy emulator that was programmed for the Oculus Rift is pretty interesting.  Essentially, the Facebook-owned virtual reality headset comes with a set of ROMs and a fairly complicated setup as opposed to just grabbing  an actual Game Boy and playing a quick game of Tetris.

Since I’m temped to bring out the Xzibit meme, here we go: “Yo, dawg. We heard you liked Game Boy, so we let you play virtual Game Boy via Oculus Rift with a huge headset with roms and a complicated setup instead of just handing you a Game Boy and Tetris.” Dear God. Essentially, I look at this project kind of like the final couple of seasons of ‘Pimp My Ride’: sure it LOOKS interesting (and it is), but what’s the point? 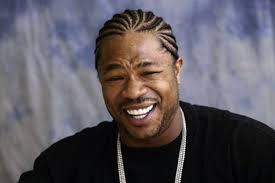 I still love seeing that awesome (and often strange) types of new projects that people are coming up with using the Oculus technology.Also, how long will we have to wait for the Game Gear and the Atari Lynx to get some of the same love; ’cause DANG, those things were SUPER bulky.