For years, FOR YEARS, I’ve been looking for an entertaining and informative architecture podcast, but could only find those that were either erratic in their releases, sounded very monotone and boring, or just fell of the face of the earth.  Just recently I picked up on the podcast “99% Invisible,” which is a tiny — yet wonderfully produced — radio show and podcast hosted by Roman Mars (awesome name, huh?) about the worlds of design and architecture, as well as the 99% invisible activity that shapes our world through excellent storytelling.  The show began as a small project at KALW public radio in San Francisco and the American Institute of Architects chapter in said-city, are now they are distributed by PRX on PRX Remix and on public radio stations across the United States.

99% Invisible is a 100% (see what i did there) independent production that raises all of their funds from the listeners, fans and supporters, most notably from their record-breaking Kickstarter campaign, and from the podcast underwriters. The first episode I listened to was about the escape strategies through the Berlin Wall, and I’ve been hooked ever since. The show had gotten praise from Ira Glass of This American Life, Jad Abumrad from Radiolab, NPR producers The Kitchen Sisters (who are Peabody Award-winners), Jonathan Goldstein of CBC’s WireTap, and Allison Arieff, a design columnist for The New York Times, who called host Roman Mars the “Ira Glass of design.”

Check out the show, and be sure to subscribe!

One thought on “The “99% Invisible” Podcast is Actually VERY Visible…” 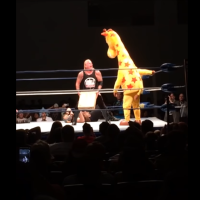