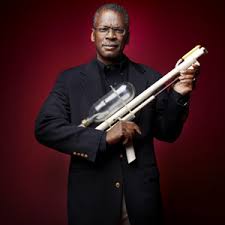 While I could say a joke about the irony of a black man becoming wealthy but inventing a new gun – you’re welcome, internet – I’m taking the high road; or at least into a territory of fun, childhood memories…like THE SUPER SOAKER!! The best water gun from the 90’s was invented by American engineer Lonnie George Johnson, and the Super Soaker became the top-selling toy in the United States in the early 1990’s.

In 1989, Johnson started his own engineering firm, created the Super Soaker water gun, licensed the invention to Larami Corporation, and two years later the Super Soaker brought in over $200 million in retail sales and became the best-selling toy in America in 1991 and 1992. Later on, the Larami Corporation was purchased by Hasbro, the second largest toy manufacturer in the world (also the company that licensed Transformers and Battleship to Hollywood to make awful movies*), and in later years the sales of the Super Soaker totaled about one billion dollars. Johnson would later reinvest a majority of the Super Soaker earnings into research and development for his energy technology companies.

Today, Johnson now holds over 80 patents (over 20 are still pending) and authored multiple publications on spacecraft power systems, staing that “it’s who I am, it’s what I do.” Two of Johnson’s companies, Excellatron Solid State and Johnson Electro-Mechanical Systems (JEMS), are currently creating new energy technology, with Excellatron developing thin film rechargeable batteries, and JEMS has developed the Johnson Thermo-Electrochemical Converter System (JTEC), listed as a Top 10 invention by Popular Mechanics in 2009. JTEC also has potential applications in solar power plants and ocean thermal power generation, which would convert thermal energy into electrical energy via a non-steam process, in which pushing hydrogen ions are pushed through two membranes, has distinguishable advantages over other alternative systems, and is said to be highly scalable. 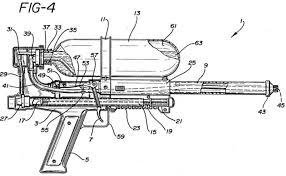 *However, I will admit, the first Transformers movie was a’ight…

[Thanks CNBC and Wikipedia]