Skip to content
Back at MIT in March of 2007, almost 80 people gathered for a 1-1/2 day conference hosted by the MIT College of Architecture to discuss why only 1% of AIA members are black and why there are fewer than five black professors full-time at major architecture schools in the country.  Just to show how dedicated, tough, and COMPLETELY BOSS these guests and panelists were, they didn’t allow a late-winter blizzard (that shut down most of the airports in Boston) stop them.

Mark Jarzombek, director of the MIT’s Architectural History, Theory & Criticism Program, organized the event, titled The Black Architect’s Journey with alumnus Darian Hendricks.  While the conference’s goal wasn’t to present a full, comprehensive overview of the topic, it did focus on what can be done to bring the issue into the more architectural discussions.  They asked questions if the reason black architects are few in the profession was due to the educational experience  the culture of the profession, work/project opportunities, or maybe the profession itself.

MIT is also the alma mater of Robert Robinson Taylor (1892 AR), who was the first professionally-educated black architect in the United States.  Dean Adele Naude Santos opened the event, and the conference started with a discussion from Ellen Weis, Favrot Professor a Tulane’s School of Architecture on the life and work of Robert Taylor — as Weis is also the author of the upcoming book Robert R. Taylor and Tuskegee: An Early Black Architect Designs for Booker T. Washington.  Based on this, MIT certainly has a prime place to discuss this subject, along with the fact that many of its more recent black alumni have risen to importance in architecture.

Other speeches included a keynote address from Ted Landsmark, the director of the Boston Architectural College and a nationally-recognized advocate of black issues in academe, and a discussion the questions of race by Janet Helms, Augustus Long Professor at Boston College and director of BC’s Institute for the Study and Promotion of Race and Culture.  There were also some panel discussions with educators and experts addressing the topics of word, education and the profession with distinguished MIT alums (including Darren Brathwaite ’98 of the firm alca:works, Robert T. Coles ’55 of the firm Robert Traynham Coles, Architect, Wes Henderson ’74 of Florida A&M University,Darian C. Hendricks ’89 of Robert R. Taylor Network, Inc., & Lawrence Sass of MIT’s College of Architecture).

I can personal recall only about 10-20 black students at the College of Architecture during my undergrad years at Texas A&M and similar-to-less during my graduate school days at UT-San Antonio, so this type of event hits pretty close to home.  Even though I’m not currently working in the profession (as the current economy is especially not kind to architecture; there’s a lot more trading old talent than drafting new talent), this aspect in this segment of the profession interests me, and makes me ask myself why I majored in architecture and want to work within the profession.  My answer is very simple: I just like to create things (**ahem** like this blog), and that branches out from just architectural design to industrial, graphic and web design.

[Thanks MIT School of Architecture & Planning]

One thought on “MIT’s “The Black Architect’s Journey” Conference on Architecture, Race and Academe” 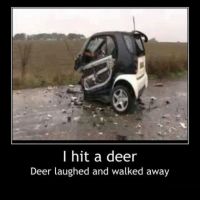 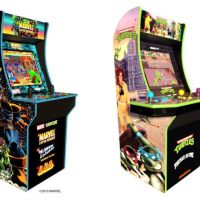