Many say “nobody likes a copycat.” If you’re just going to redo something that already exists and make no type of change to make it something unique, then what’s the point? One the other hand, many see it as a form of flattery; acknowledging the positives and influence of the already existing entity, and wanting to pay respect to it through replication. Well, this plan being put into action by China may as well be tethering back-and-forth over this issue.

That’s right. China — home of knock-off Apple stores, watches, video game consoles (some nice, most laughable) — is putting forth the plan to replicate an entire European city.  The city that the Chinese are looking to clone is the mountain town of Hallstatt, Austria, which is a UNESCO World Heritage site and renowned for their salt mines.  Surprisingly, China has performed similar projects before by creating replicas of certain areas of Barcelona and Venice, but this proposal is a quite larger in scale.  Now, keep in mind that it was stated that China is cloning the city; not just buildings like homes, stores, and churches, but included in the proposed plan is to replicate every little detail, from statues to doorknobs to windows.

Again, though copying can be seen as a form of flattery (as mentioned previously in this post), the citizens of Hallstatt (the “originators” in this situation) are not very pleased at all. However, the town’s mayor, Alexander Scheutz, feels that this would be work well to promote their town for tourism.  Hopefully, as with music, people will be able to recognize that the Chinese version of Hallstatt is not an original or anything new, but rather a “cover song” of the Austrian already existing, and historically awesome original. 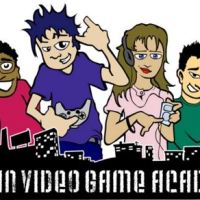