Later this month, Ring of Honor Wrestling (ROH) will return to television from HDNet, to the more-available Sinclair Broadcast Group networks (includes over-the-air stations Fox, ABC, The CW, and MyNetworkTV).  With ROH’s return to television, the professional wrestling scene in the United States will become more interesting, especially since World Wrestling Entertainment (WWE) and Total Nonstop Action Wrestling (TNA) are already in the picture.  Why is that, you ask. One word: COMPETITION.

Competition between varied businesses in the same field often means the consumer wins.  There are 3 major video game consoles out on the market now (Sony’s “PlayStation 3,” Microsoft’s “Xbox 360,” and Nintendo’s “Wii”), and with those options open, consumers are able to select which console has the features that fits their needs and desire, and all three companies are then forced to become the better product and have more popular features than anything that the other company’s machine offers.  The same can be said about most businesses, including the business of professional wrestling.

Back when World Wrestling Entertainment (WWE), then the World Wrestling Federation, and World Championship Wrestling (WCW) were competing in the “Monday Night Wars” from 1994 to 2001, both companies vied for fans, money, ratings, and confirmation that they were the superior company.  Soon when Extreme Championship Wrestling entered the fold, the same desire was the same.  During those times of competition between the 3 major entities of professional wrestling in the United States, the fans were the true winners; wrestling was on television 6 days a week, there were 3 major pay-per-view (PPV) events every month, and there was a variety of wrestlers, styles, and stories to become attached to.

Now why did all of that hoopla come to be.  It’s actually pretty simple; the competition between them FORCED THEM TO BE BETTER.  When sports franchises want to be number one, they deal with contracts, cut players, hire/fire staff, develop new game-play strategies, re-position players, and recruit new players through a myriad of techniques with the goal of winning championships.  They do this because if they don’t, the the OTHER GUY will be the champions, and they don’t want that.  The WWE, WCW, and ECW were forced to do the same; sign certain wrestlers to contracts, develop more engaging storylines, improve the quality of the matches, create new superstars, and make the product more available to fans to access (via television, PPV’s, appearances, merchandise, etc.).

One can argue that after the closure of ECW in January 2001 and WCW getting purchased by WWE means that the WWE was the winner of the “Monday Night Wars,” and many argue that ECW was a winner  based mostly upon the quality of the matches compared to the other two companies, but most (including myself) feel that there was no true winner since 2001.  The loss of WCW and ECW took 3 shows off television, and then WWE had declined in the amount of quality in both storylines and matches due to a lack of competition since they didn’t feel the pressure to be better; as a matter of fact, WWE’s 4 shows a week was soon lowered to only 2 with some short-term experimental shows in-between (I’m looking at you, ECW-WWE or WWE-ECW; ugh).   Later on, and thankfully, TNA came along to become a viable competitor and then the feelings of the days of the Monday Night War rose again as both companies are now inspired to outdo each other.  As of now, WWE is still hanging in there with 3 main shows a week, TNA has 1 show and needs improvement (but there is a lot of potential), and now, ROH might become the third viable competitor in the fight to be the top pro wrestling promotion in the United States.

Now, the competition is at a high point, and with WWE, TNA, and ROH fighting to be relevant, make more money, book more dates, write more creative storylines, inspire a high-quality of matches, rule in the ratings, and create new superstars to be the face of their business, and can say this on behalf of true pro wrestling fans everywhere: WE WIN!! 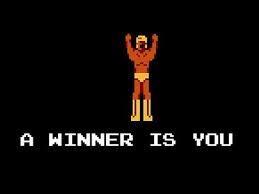